Mathematics and the Emergent Multilingual Student 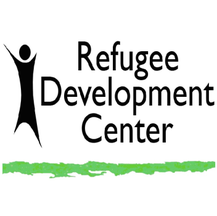 My journey in multilingual education began in 2014, my freshman year of college. As part of a course focusing on diversity and inclusion in educational practices, I found myself in a field placement with the Refugee Development Center in Lansing, MI. As part of this placement, I went to a local high school one evening a week to serve as a teacher's aid in an Adult Basic ESL class. My students were newly-arrived adults from countries spanning the globe, all seeking to learn English in order to give themselves the best chances for success in America. My students astounded me. Many came from war-torn countries, many brought their families and many had left their families behind, and quite a few of them were learning English as their third, fourth, or even sixth languages. Clearly this group was a force to be reckoned with, and my love of that experience and those students led me to pursue a minor in Teaching English to Speakers of Other Languages.
At first, my TESOL coursework was a passion project. I took classes in language acquisition, linguistics, English grammar and more, excited to be learning how to serve emergent multilingual students in a language-learning context. As I ventured further into my studies of mathematics, however, my focus began to shift. I had learned strategies for helping students to acquire the language in a setting focused on English language acquisition, and I was learning to help students acquire mathematical knowledge in a mainstream secondary classroom. But how could they fit together?
​
The answer to that question was the focus of my study in my final year at Michigan State, and is an area that I hope to explore further as a practicing teacher. As you peruse my website and blog, you'll find information about challenges faced by mainstream content teachers with emergent multilingual students, helpful strategies for making instruction comprehensible, additional outside resources, as well as my own research into how to best support emergent multilingual math students. This simple fact has been the focus of my attention for the last several years: Teaching to students who are learning English as an additional language are some of the most challenging and most rewarding experiences we will have as educators, and we have a responsibility to these incredible learners to provide them with the best support that we can.

Some of my favorite math and TESOL research

Adler, 1998
In this article Jill Adler examines the role of code switching as a tool for instructing multilingual students in mathematics. Her study followed six teachers in three urban South African schools; one predominantly black township school and one private school, both in primarily non-English-speaking areas, and one recently desegregated public school in an English-speaking area but with an increasing number of students with other primary languages. Adler argues that teachers in multilingual settings should base their practices around the mediation of “teaching dilemmas,” reflecting on contexts in which code-switching, explicit instruction, and the interruption of a mathematical concept to address an issue with language are appropriate. Importantly, she concludes that intentional and well-timed use of code switching in mathematical instruction can be a useful tool through which students can negotiate meaning and through which the teacher can communicate with their class more clearly.
Adler, 1999
In this article Jill Adler studies a classroom in a recently desegregated public school in South Africa, in which the student population is rapidly diversifying and where the teachers’ primary language and the language of instruction is English. Adler addresses what she calls the “dilemma of transparency,” which is the conflict teachers face deciding whether (or how much) to make the language of mathematics the explicit focus of instruction. While teachers found that explicit instruction of mathematical language benefitted all pupils in their classrooms, some teachers believed that too much explicit instruction in math language detracted from the conceptual mathematics being taught. The teacher studied, Hellen, found that explicit attention to language improved pronunciation and clarity of instructions; and verbalization as a tool for thinking, the display of mathematical knowledge, and her own teaching. Adler finds that explicit instruction and focus on language in mathematics is necessary sometimes but not always appropriate if it takes away from the mathematics being taught.
Gutierrez, 2002
In this study, Rochelle Gutierrez examines the work of high school mathematics teachers whose student populations include large proportions of Latinx students. Gutierrez finds that these teachers have successfully employed strategies commonly used by elementary and middle school English as a second language teachers in order to advance the mathematical learning of their English-dominant Latinx students. All of these practices began with the foundation of knowing the unique challenges that Latinx students face; these included Latinx students being bilingual only to a certain extent or in specific language domains, students being assumed to have a lower English proficiency based on their ethnicity, and the idea that just because a student knows a language doesn’t mean that they are able to use that language to express mathematical ideas. Gutierrez argues that practices commonly associated with high-quality teaching need to be implemented carefully in classrooms with Latinx students and especially with emergent bilingual Latinxs. Students should be encouraged to work in their home languages, engage in purposeful group work that welcomes students to access all of their linguistic resources, and build on known concepts while learning the unknown, including explicit instruction on language in the mathematics register.
Mamokgethi & Adler, 2000
This article by Mamokgethi and Adler focuses on the impact of code-switching, or the utilization of both a learner’s native language and the language of learning and teaching (LOLT) in order to support learning. The practice of code-switching serves as evidence that bilingual learners do not possess a combination of two more or less complete monolingual systems, but an integrated linguistic system that facilitates interaction between multiple languages. Mamokgethi and Adler argue that one of the primary jobs of mathematics teachers is helping students to transition between informal and formal mathematical language. When students possess informal mathematical language in their home language, code switching can be a valuable tool to help students transition this into formal mathematical talk in the LOLT. The authors assert that allowing students to code switch while the teacher utilizes revoicing and strong modeling of the math register, and that it is sometimes a “waste of time” to attempt to encourage students to use and learn formal mathematical language in their primary language. As a whole, allowing and encouraging students to use their primary languages as a bridge between informal and formal math language allows for increased opportunities to use talk as a tool to build mathematical understanding.
Schleppegrell, 2007
In Schleppegrell’s research review, the discourse focuses on an understanding of mathematics as a highly language-dependent discipline. Mathematics draws on several meaning-making systems, ranging from written and spoken language to algebraic representation to diagrams and figures, in order to express ideas and assertions. These systems can combine to form multiple representations of the same information and provide it with meaning, similarly to the function of a single linguistic system. Schleppegrell’s research suggests that technical language is the key to unlocking these multiple representations and forming connections between them, and that as math progresses to higher levels it becomes increasingly dependent on language to form these connections. Emergent bilingual students face specific challenges in creating meaning from these systems, especially because of math’s frequent utilization of long and complex noun phrases and the lack of attention paid to the needs to emergent bilingual students in math classrooms. These issues can be remedied, according to Schleppegrell’s research, by introducing mathematical concepts using a variety of representations and language that students are already familiar with, and using this basis of knowledge to assist students in transitioning into the use of more technical mathematical language.
Krashen
At this link, teachers can find a short but comprehensive review of Stephen Krashen's five language acquisition hypotheses. These address several aspects of language learning, from the value of input and output to the role of a student's motivation and investment in learning.